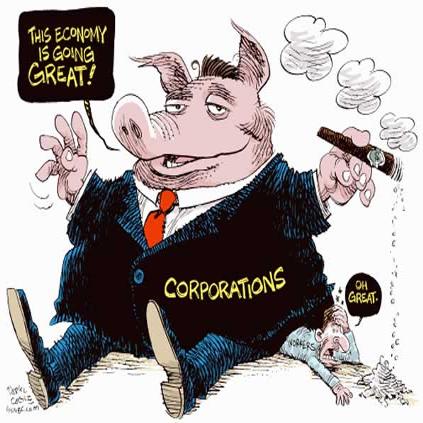 eich recently wrote a provocative article that nobody outside of a Fortune 500 boardroom wants to believe. He provided evidence that Americans have statistically NO power on policymakers, and corporate decisionmakers who feed like vampires on our economic, political and legal systems don’t owe us anything at all. Nothing.

His first point is that for all our citizen lobbying, speaking out at regulatory hearings, collecting signatures, petitioning, writing campaigns, protesting and rallying — Americans have virtually no influence at all on public policy.  Actually, he didn’t say it — a Princeton/Northwestern University study analyzing 1,799 policy issues found that “the preferences of the average American appear to have only a miniscule, near-zero, statistically non-significant impact upon public policy.”

Instead says Reich, elected officials do the bidding of corporate executive and are massively persuaded by lobbyists’ deep pockets. Of course we know our influence is smaller than corporations, but….no impact?

His second point was seemingly aimed at corporate accountability campaigns:

“[B]ig American corporations have no particular allegiance to America. They don’t want Americans to have better wages. Their only allegiance and responsibility is to their shareholders — which often requires lower wages to fuel larger profits and higher share prices. As an Apple executive told The New York Times, ‘We don’t have an obligation to solve America’s problems.'”

Very unscientifically, I floated Reich’s article out on social media and perused the comments posted in the article’s feed, looking 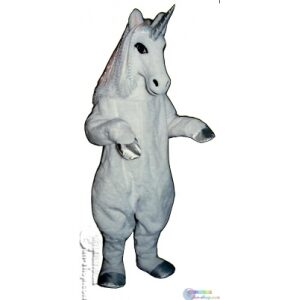 for outrage or disbelief.  The internet, which has been caused to “break” over celebrity selfies, seemed rather unfazed.  Perhaps the somewhat apathetic response to the article was because it offered no solutions, other than point out we must reduce the power of corporations or make corporations more responsible to the needs of Americans. Well given his argument, that’s the unicorn in the room, isn’t it?

Reich’s two points of power and policy are cause and effect.

Throughout our history as a nation, the wealthy elite have always held power, and its not an accident, or the result of a few bad decisions, or even corruption (though those all exist), its far more structural and insidious than that.  The Constitution itself provided—from the beginning—for a government by and for the wealthiest among us. Fast-forward to the present day the ways in which money has seeped through the cracks of our political system and pooled into the pockets of our elected officials has only grown despite generations upon generations of ever-ongoing reform efforts.

Despite the gloom and doom truth-of-the-matter that Reich offers, big change is possible. It may not (yet) register on the Richter scale of policy studies focused on state and national level, but perhaps more critically at the ground level, where big sweeping policies become real for the communities affected.  It is no coincidence that movements for change also begin at the grassroots level. A growing number of communities have been grappling with these facts for a while, and are thinking bigger, and acting locally…and changing things.

What does that mean? It means we are only powerless as long as we legitimize the system as it stands today…so maybe its time to get off the hamster wheel and pursue a different strategy that isn’t right out of the corporate playbook. As Jane Anne Morris opined a decade ago, in her article Help! I’ve been colonized and I can’t get up!, “It’s time we did the unthinkable and asked ourselves if we have been colonized….Our campaigns follow the gambling addiction model. The last bet didn’t pay off but the next one might if… if… if we just had a new, improved tripod, three more experts, more labor or church support, ten more elected officials on our side, a hundred more people at the demo, or a thousand more letters in the mail…. Who are we kidding? We are just doing the “same old thing” over and over again and fooling ourselves that it might work next time.”

As Kai Huschke,  the Northwest organizer for the rights-based Community Environmental Legal Defense Fund says, “The community groups we work with are those that got tired of playing the insane game Reich points to. They stopped negotiating with corporations to behave better, and they’ve given up begging ‘higher up’ elected officials to save them. Instead, they are changing the system at the only level they have reasonable access to—their local government.”

Movement Rights in California and CELDF organizers nationally  work with communities that recognize that government has abandoned them (or worse, are  protecting corporate activity over the welfare of the people) to write new laws at the local level that place the rights of communities and ecosystems above corporate interests.  Some call it civil disobedience by local lawmaking.

If we want corporations to be responsible to the people, we will need to use the law to force change. Its not about finding a loophole in the existing law and hoping none will notice what small amount of justice we “got away with” — its about directly confronting Reich’s unicorn in the room.   Over 160 communities across the country that have passed these new laws are ready to take their fight to the state and federal levels.  If we truly have zero power to affect policy, we can either quit fighting for change and accept corporate rule, or we can join these community rebels fighting for your rights and mine in a  new rules revolution.  What have we got to lose?

Shannon Biggs is the co-founder and director of Movement Rights.