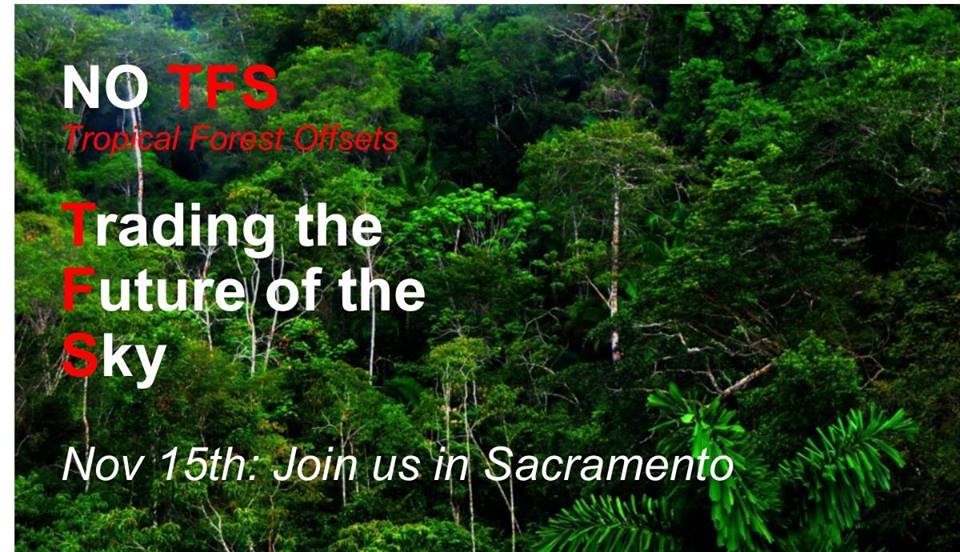 Carbon trading mechanisms allow the fossil fuel industry to continue to emit carbon into the atmosphere, as well as devastate the health of communities living near extraction sites, infrastructure projects and refineries. Tropical forest offsets impact Indigenous people who have protected their living forests for thousands of years and have been shown to be ineffective & divide communities. The tropical forest offsets that the California Air Resources Board (CARB) is promoting are false solutions in light of the recent Intercontinental Panel on Climate Change (IPCC) report which indicates that to prevent climate catastrophe the world must dramatically cut emissions at source in the next 12 years.

You are invited to join us at the CARB meeting on November 15th to say NO to the Tropical Forest Standard (TSF) for a rally at 8am. We will post where this issue is on the agenda when it is posted.