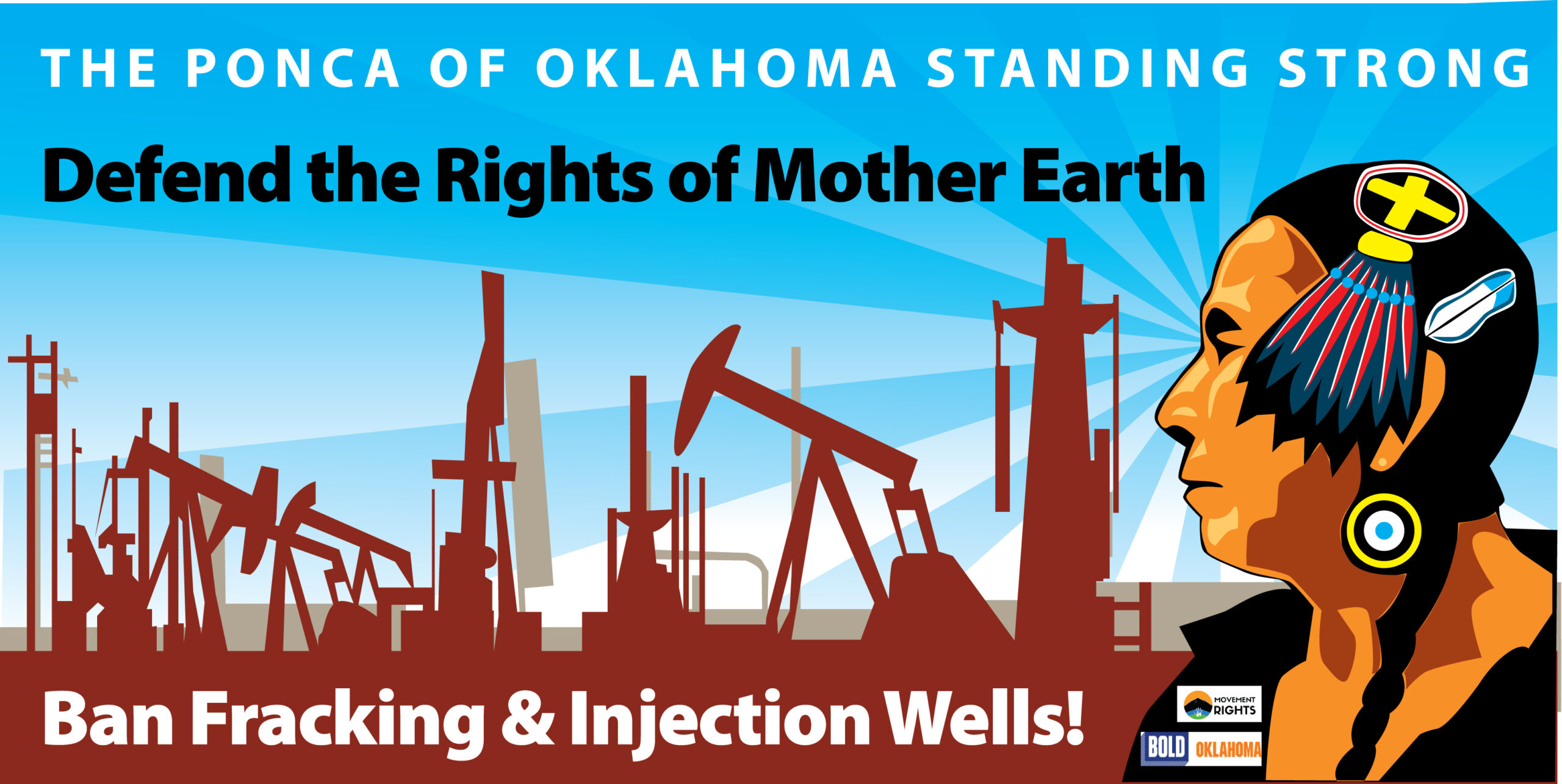 Ponca City, OK – One month after the human-made 5.8 magnitude earthquake rocked Oklahoma, a growing number of residents are questioning whether fracking and injection wells are good for the state. Along with becoming the “Earthquake Capital of the World”, water contamination, cancers and air pollution have all been linked to the 30,000 active wells, compressors and processors statewide.

Camp Horinek, who also testified on fracking at a Rights of Nature 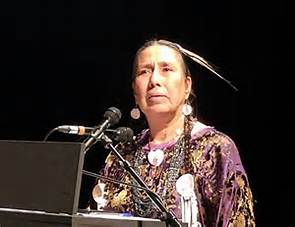 Tribunal in Paris, France during the UN Climate talks last December has been working to make good on that promise enlisting rights-based group Movement Rights, BOLD Oklahoma, and the Indigenous Environmental Network (IEN) to come to Ponca for a series of public events and private meetings with the Ponca Tribal Council. Says Camp Horinek, “All of the Ponca people who live within the area of the Conoco Phillips 66 refinery and the other fossil fuel extractive industries have family members who have cancer or who have died from cancer, or are suffering from autoimmune diseases such as lupus. It’s time to take a stand for our people and defend the Earth.”

Ponca tribal members, neighboring tribes and community members are all welcome to hear a presentation about how other communities, and most recently the Ho-Chunk tribal nation have recognized legal standing for ecosystems—also known as the rights of nature—to ban fracking activities.

Shannon Biggs, director of California-based Movement Rights says, “Dozens of US communities, a handful of countries and now the Ho-Chunk Nation have passed laws that stop treating nature as property to be destroyed, and recognize the right of ecosystems to exist and regenerate their vital cycles. They have used this new legal framework to protect their communities from harmful activities including fracking.” 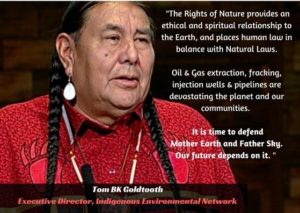 Tom BK Goldtooth, IEN Executive Director adds, “The Rights of Nature provides an ethical and spiritual relationship to the Earth, and places human law in balance with Natural Laws.” It’s time we all throw our support behind tribes fighting overreaching energy development, says Ariel Ross, Payne County resident: “Stop Fracking Payne County stands with the Ponca Nation for their right to decide what happens on their tribal lands.”

Click here for more information or to make a donation.

Join us online Mon 11/12: GIVING NATURE A VOICE! How the Ponca Nation recognized the Rights of Nature to ban Fracking