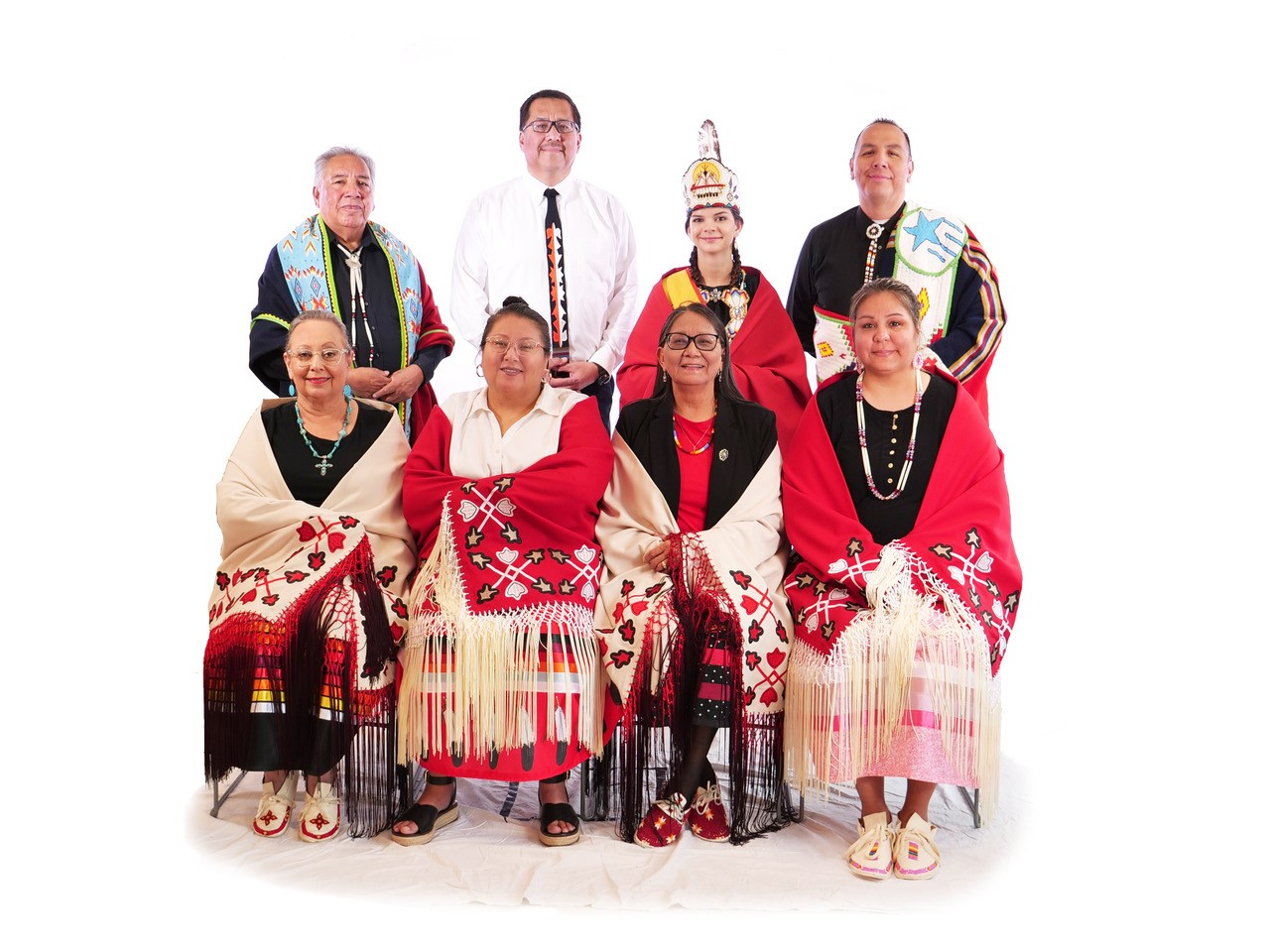 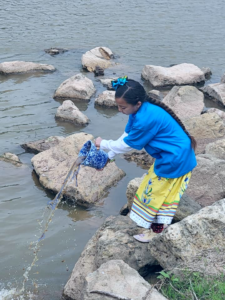 Ponca Nation, Turtle Island:  On July 6th, 2022, the Ponca nation made history for the protection of water. The Ponca Tribe of Indians of Oklahoma Business Committee unanimously adopted a new statute recognizing the “immutable Rights of Rivers” for two rivers and other water bodies that flow through their territory, Ní’skà, (the Arkansas River) and Ni’ží’dè, (the Salt Fork River). In 2016 they were also the first tribe in the US to recognize the Rights of Nature to help stop fossil fuel projects on Ponca territory.

The Rights of Nature is the fastest growing environmental movement in history with 24 countries and 9 tribes passing laws in the US and Canada. Globally Indigenous peoples have led the Rights of Nature movement because our cosmology recognizes that human laws must realign with the laws of the natural world. Western law says the Earth is property. Indigenous wisdom understands humans are a part of nature, not owners of it and we have an obligation to protect it. 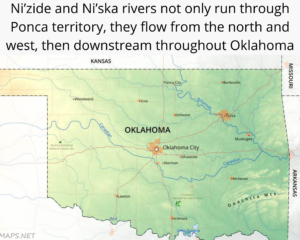 Ni’zide and Ni’ska rivers not only run through Ponca territory, they flow from the north and west, then downstream throughout Oklahoma.  “Water is sacred and our survival depends on our ability to place human activities within the boundaries of the Earth’s ability to absorb what we do,” says Casey Camp Horinek, Ponca elder who serves as the Tribe’s Environmental Ambassador and who presented the Rights of Rivers as well as the Rights of Nature laws to the Ponca Business Committee for their approval. 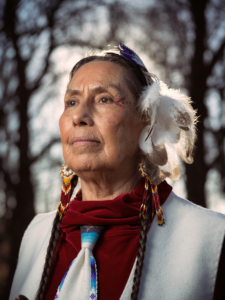 “This is just another step in protecting the sacred waters which are the life sources of all things on Mother Earth, not just for our tribe. We have so much to learn from our waters, everything upstream impacts everything downstream, we are all connected,” says Camp Horinek.

The environmental impacts of fossil fuels played a big part in the Ponca tribes’ decision to adopt laws recognizing ecosystem rights. The tribe lives in a fossil fuel epicenter of fracking, pipelines, petrochemical plants, and refineries. No Ponca family is untouched by industry-related illnesses and deaths.

Ponca Chairman Oliver Littlecook says, “Politicians and Big Oil call it ‘economic progress’. The Ponca call it ‘environmental genocide’. We can do better for our communities without sacrificing the water.”

Tens of thousands of man-made earthquakes caused by fracking and toxic waste injection wells create cracks in the pipelines, leaching into ground and well water. For decades the tribe has had to purchase drinkable water from Ponca City and today the new well water system is in extreme danger of pollution as well as possibly drying up as the groundwater is being siphoned off by surrounding industries. 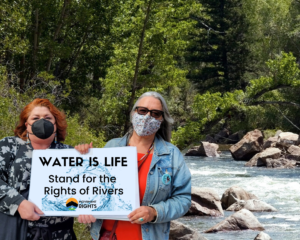 “All of this destruction to human and natural communities has been legalized, but thanks in great part to leadership like the Ponca nation, this is changing,” says Shannon Biggs, co-founder of Movement Rights, an organization that has supported the tribe’s work. “Our legal system talks in terms of ‘rights’” says Biggs, “But from an Indigenous perspective this is really about recognizing our human responsibilities to protect the health of ecosystems and waterways that ensure all communities can survive and thrive.”

There are 39 sovereign Indigenous Nation/Tribes in Oklahoma, many of which are located along these rivers and tributaries, as well as tribes in adjacent states. Some have expressed interest in joining in an intertribal effort to protect the rivers. Along with passing this Rights of Rivers law, the Ponca Nation will be hosting the first of four statewide gatherings along the rivers on September 21 and 22, 2022. The “Convening of the 4 Winds” will bring together 200-400 local and regional tribal communities, national Indigenous Rights and climate justice allies. The purpose of these gatherings is to promote discussion about Indigenous-led water protection, tribally-led scientific studies and ceremony and the role of Rights of Nature in supporting healthy river systems for all.

Casey adds, “We must always remember that we humans are not protecting Nature, we ARE Nature protecting itself.”

Does A River Have Rights?