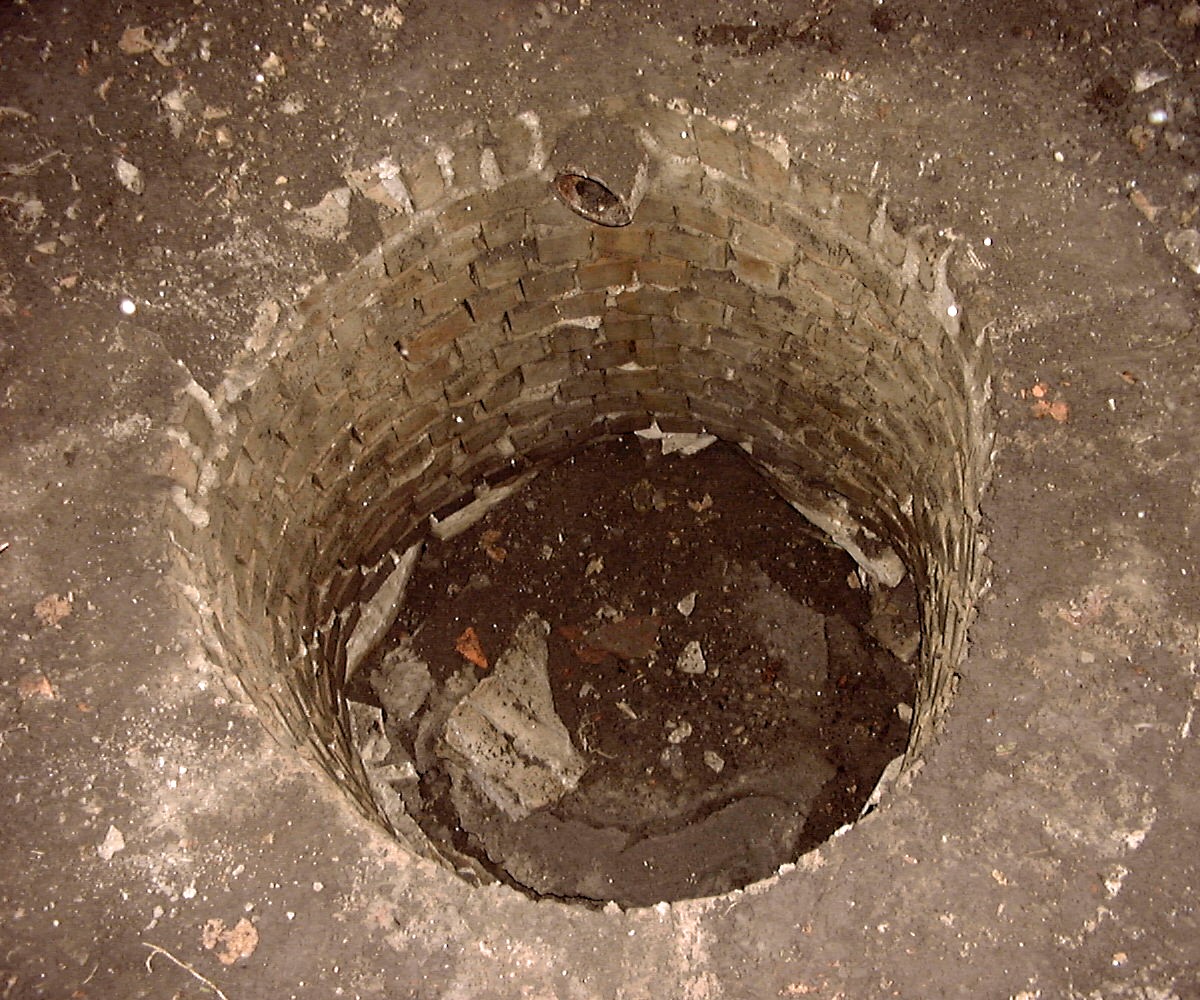 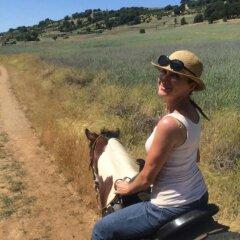 Javan Briggs is a mother, educator, and experienced community organizer who has recently joined the Movement Rights team.  She currently splits her time living in the San Joaquin Valley of California, where her own residential well has run dry, and Los Angeles. She became involved in rights-based organizing while leading a Pennsylvania community group in leveraging their local Community Bill of Rights ordinance to successfully resist a natural gas pipeline threat.  Javan brings many years experience leading community groups and nonprofits nationwide, primarily in the areas of environmental and education issues. A native Californian, she is pleased to continue working with communities back ‘home.’

Water. It’s a big topic for small town talk all around Central California. Madera, some 30 miles west of the state’s geographic center is a hot and arid farming community in the heart of the San Joaquin Valley.  At a run-down neighborhood convenience store situated at the corner of two dusty farm roads surrounded by modest homes and lush crops, after-work chit chat inevitably turns to water. Locals shake their heads while remarking that this area has always been known for easily accessible groundwater.

Yet everyday, new residential wells are going dry while large corporate farms continue to drain groundwater at breakneck speed to keep water-rich mega-crops including almonds and grapes flourishing—or to sell to the highest bidder.

The question in Madera and every Central Valley community: Why are corporate profits trumping our communities’ right to water? Shouldn’t the residents most affected by corporate misappropriation of community groundwater resources be the ones to decide their water future?

Water Rights, or Right on the Money?

So commonplace are dry wells, residents are forced to devise extreme measures to supply water for for basic cooking and hygiene. Once unthinkable, hoses run through windows between neighbors’ homes. Pumps rumble water into homes from large storage tanks filled by trucks. Still other families have to rely on store-bought bottled water or hauling gallons home in the back of their pickups. Most families cannot afford the $13,000-25,000 price  tag to drill a new well. But even for residents with means, wait lists for residential well drilling are 6-12 months long, in part due to competition from corporate farms who bring in the higher paying well drilling jobs.

The cost of well drilling has not slowed large-scale corporate farms from drawing increasing amounts of groundwater— or profits. Agricultural wells, which are deeper than residential wells, can cost $500,000 or more, but even at that rate, cash crops for export like almonds still remain money-makers. Bob Smittcamp, CEO of Lyons Magnus, a corporation that grows and processes agricultural products as well as manufactures food packaging, shelled out $1 million to purchase his own well drilling rig to supply his own crops— and cash in on the drilling boom. Other agribusinesses too, are making money hand over fist in the new drought economy through ‘groundwater mining;’

With water scarcity comes higher prices and profiteering — over 60 billion gallons of Central Valley groundwater may be sold for profit, according to a recent report.

“If you own property, you can dig a well and you can pump as much groundwater as you a want,” UC Irvine hydrologist Jay Famiglietti told KQED, “even if that means you are drawing water in from beneath your neighbor’s property into your well. So it’s not unlike having several straws in a glass, and everyone drinking at the same time, and no one’s really watching the level.”

Water for communities is being funneled into profits for a handful of corporations as counties continue to issue record numbers of well drilling permits. Corporate farms persist in transforming thousands of acres of old rangeland and vineyards to plant new almond trees, which won’t produce for three years or more– when the groundwater is even further depleted. Already, parts of the Central Valley are sinking about a foot per year as water tables plunge about 100 feet below historical lows as established residential wells get sucked dry by agribusiness.

When residents call foul, they repeatedly come up against a brick wall of political excuses, good ol’ boy policies, and state lawmaking that protect corporate profits while ensuring that people continue to do without.

“We can’t really use public funds to help a private well owner,” Tulare County Supervisor Steve Worthly recently told NPR. “I really don’t see a place for the government to come in and provide the funds for everybody’s well … There’s going to be thousands and thousands of wells that are going to go out.”

And yet, Worthly continued, “”We’re not in a position to tell farmers, ‘No, you can’t have a permit to drill a well so you can keep your crop alive,’ even though we know it has a collateral impact.”

Stanislaus County Board Chairman Jim DeMartini echoed the sentiment that counties do not have the right to deny well permits— a position that led to a toothless five-year action plan passed by local leaders last week. With a 5-0 vote, the board unanimously accepted the recommendations of a Water Advisory Committee—dominated by agriculture interests—that includes twice-yearly monitoring of water levels in addition to voluntary and confidential reporting of pumping activity. It does not, however, address the rampant issuance of new well permits for corporate crops or groundwater pumping by agribusiness. In effect, nothing changed.

Groundwater management plans such as Stanislaus County’s were recently mandated by equally impotent state legislation. The regulation requires local agencies to create a groundwater management plan, establishes criteria for state intervention, and delays state action where surface water has been depleted by groundwater pumping. Here’s the crux: the legislation allows local agencies 25 years to draft and implement their ‘sustainability’ plans.

With feeble policies failing to secure their communities’ right to water, some hope to find remedy in the legal arena. Two groups, Protecting Our Waters and Environmental Resources (POWER) and the California Sportfishing Protection Alliance, filed two lawsuits last year. Represented by San Francisco attorney Thomas Lippe and recently-deceased environmental attorney, Jerry Cadagan, the first lawsuit intended to require a select group of 16 large-scale farmers in nine municipalities to adhere to California Environmental Quality Act (CEQA) requirements before drilling any new wells.  The case settled out of court when most of the farmers agreed to pay $190,000 toward groundwater studies. Effectively, the community’s inherent right to water was bargained away to agribusiness.

A second lawsuit brought by the same environmental groups against Stanislaus County’s Department of Environmental Resources aims to require environmental reviews before any new agricultural wells are permitted. Even if this case ‘wins’ at the October trial, the ineffectual regulatory hamster wheel persists; the framework of ‘permitting’ effectively provides an official sanctioning to water pilfering for profit.

Water is a community—not corporate— right

As groundwater become more and more scarce owing to corporate privatization, people are beginning to realize that that their own communities bear the brunt of the effects. Residents of the Central Valley are increasingly calling out the injustice.

Addressing the Fresno County Board of Supervisors recently, Robert Mitchell called for a moratorium on new almond crops: “My community is surrounded by almond trees which will not produce product for another three years which is 2018, yet in the one small area I live we have lost five wells in a one block area.”

In nearby Tulare County, Gladys Colunga, mother of six  whose well went dry even while her home is surrounded by water-saturated almond crops noted in an interview with NPR:

“We’re a family, we have children and we need that water. We have the right to have that basic thing. It’s water.”

But American policy and law protects the rights of property more rigorously that the rights of people and nature. As global water leader, Maude Barlow so eloquently stated: The problem in California, as in so many parts of the world, is that water is seen as a resource for our convenience and profit and not as the essential element of an ecosystem that gives us life. As well, water is more and more seen as a form of private property and powerful forces increasingly resist any attempt by governments to limit their abuse of water.”

Next Steps: California Communities Asserting their Right to Water

California communities are ready for a paradigm shift. People can say “NO” to the structure of law that preempts local decision-making and forces them to live with the effects of harmful groundwater depletion for profit. By passing local ordinances — like those Movement Rights and their partner CELDF help communities pass —more than 160 communities across the nation have already established local, living democracy, by asserting their right to clean water, sustainable food systems, and recognizing the rights of nature. Our communities should not be sacrifice zones where corporations have more rights than people and nature.

It’s time to change the rules, California. Share this article and your ideas with family and friends– let’s organize for democracy again.

CALIFORNIA DROUGHT: A PRECURSOR OF THINGS TO COME