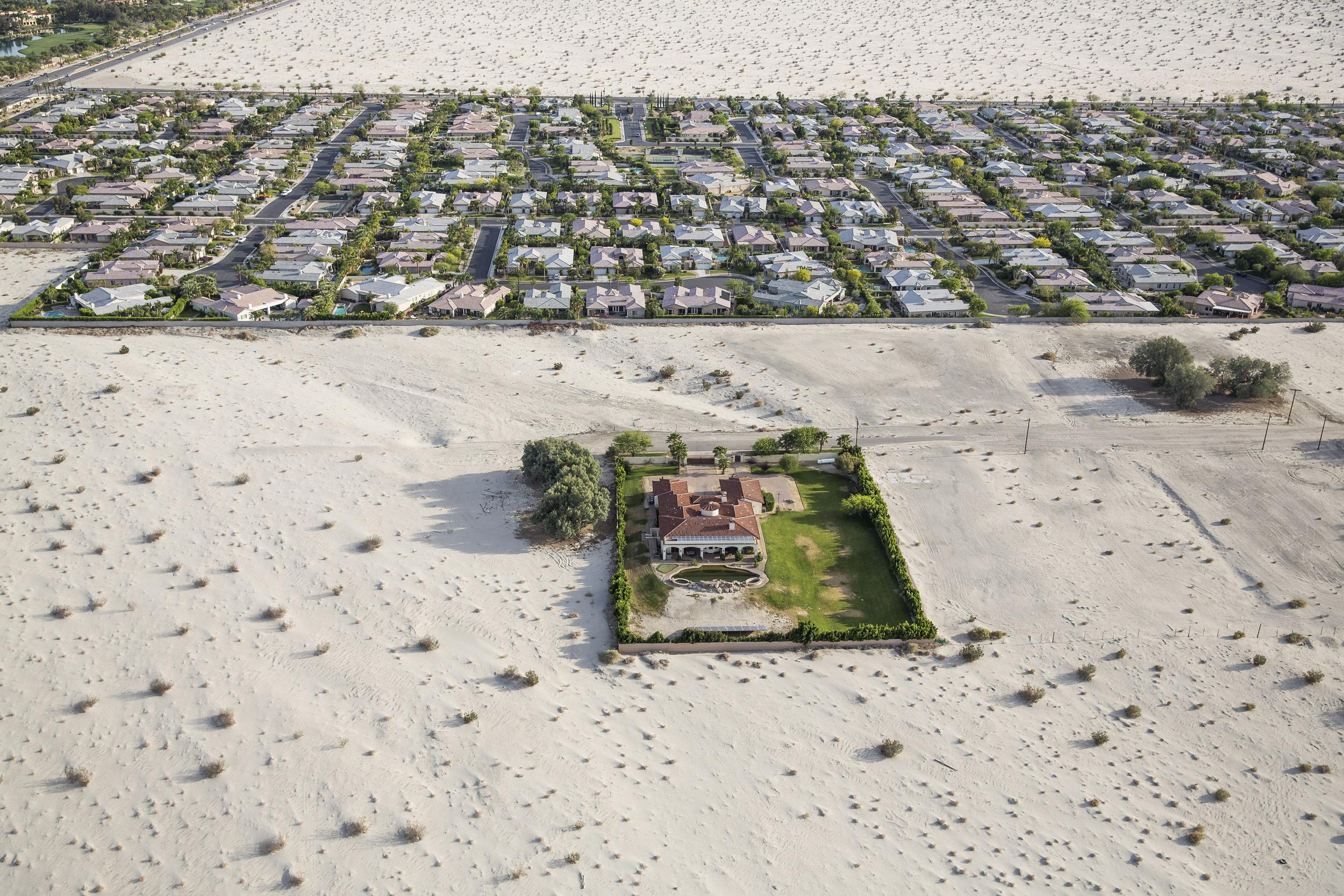 It’s shocking, but a mainstream media outlet has actually mentioned the idea of limits to growth and limits of nature.  The New York Times, no less, has run a front-page story on the drought in California, invoking the concept of limits, in an article titled “California Drought Tests History of Endless Growth.”

The drought, now in its fourth year, has prompted the state government to announce measures to reduce water consumption.  That in itself isn’t shocking, given the increasing severity of California’s water situation, but what is surprising is that it took this long to enact serious measures.

A Desert Full of Pools

If a picture is worth a thousand words, then the front-page photo by Damon Winters for the New York Times says it all, especially about human hubris.  Swimming pools, big houses run on a/c, greenery on one side, a parched desert on the other. (See more photos and graphs here).  It is a picture that is representative of our society today – humanity giving the finger to nature, as well as to future generations.  We will take what we want today, damn the consequences tomorrow.

Imagine someone 50 years from now looking at this photo. Surely future generations will ask, “what were they thinking?”

Nearly 40 million people live in California.  Over 20 million people live in southern California in a predominantly arid landscape.  Yet for the last century or more, humanity has conquered it, bending nature to our will.  If you build it, goes the ruling mentality, people will come, and come they did.  And if you need more water to sustain the people, as well as their lawns and swimming pools, take it, from the Owens Valley to the Colorado River to possibly soon the Sacramento Delta.

For decades, barely anyone has questioned this model of development.  Perhaps now that the New York Times is raising questions, it should give us hope that humanity is waking up and growing up.

Kevin Starr, a historian with the University of Southern California told The New York Times, “Mother Nature didn’t intend for 40 million people to live here.”  Moreover, Dr. Starr noted that the state “is not going to go under, but we are going to have to go in a different way.”  That is obvious, and it applies not only to California, but also to the world.  Business as usual cannot go on unabated without serious environmental and social consequences.

Even California governor Jerry Brown seems to get it.  Again, from the New York Times:

“You just can’t live the way you always have,” said Mr. Brown, a Democrat who is in his fourth term as governor. “For over 10,000 years, people lived in California, but the number of those people were never more than 300,000 or 400,000,” Mr. Brown said. “Now we are embarked upon an experiment that no one has ever tried: 38 million people, with 32 million vehicles, living at the level of comfort that we all strive to attain. This will require adjustment. This will require learning.” (emphasis added)

Yes, Governor Brown seems to understand the reality of the drought crisis, yet while he talks the talk, at the same time he is also supporting fracking, a very water intensive extractive industry.

And one of his major projects for the state is building tunnels to bring water from the Sacramento Delta region to southern California.  He needs to take a closer look at his words on not living the way we always have, because that should mean taking care of our communities today, and thinking of the generations to follow.

The water restrictions, for now, are targeted at urban users.  However, the agriculture industry uses nearly 80% of California’s water, much of it from groundwater aquifers that are rapidly being depleted, and much of it for crops that are being exported abroad.  Restrictions are coming, but how much for one of the state’s biggest industries remains to be seen.  But the realization that growing water-intensive crops and particularly those slated for export—is sinking in (not to mention cattle raised for beef, which is the most water-intensive meat). 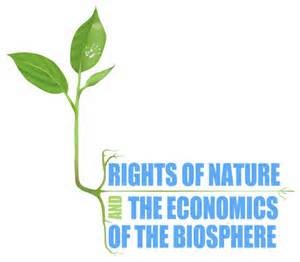 Missing from most discussions on the drought is Nature. Citizens and businesses might be inconvenienced by having to reduce water usage, but what about the flora and fauna that need it to survive?

According to a 2012 California Department of Fish and Wildlife report “California’s wildlife depends on water, just as its citizens do. With water resources becoming increasingly rare, a domino effect takes place in the ecosystem.” Humans are part of the web of life, not separate, and we have a responsibility to take care of our ecosystem. Supporting alternative concepts such as rights of nature and rights of waterways should be on the table.

Hopefully the mentioning of limits to growth in the New York Times will lead to more discussion and acceptance of it.  We live on a planet with finite resources. Now, with increasing and unknown impacts of climate change and continued population growth (8-10 billion people by 2050), it’s time to accept some hard truths.

California has been a leader in many ways.  Maybe this time it will be a leader in understanding that there are limits to growth and that we need to live within our means.  Not only for our sake, but for that of future generations.

Suzanne York is a senior writer with the Institute for Population Studies. Her work is focused on the interconnectedness of population growth with women’s empowerment, human rights, consumption, alternative economies, and the environment. Suzanne She is the author of several reports, including Peoples’ Rights, Planet’s Rights: Holistic Approaches to a Sustainable Population and Prioritizing the PHE Approach: Linking Population, Health, and Environment for a Better World. As research director with the International Forum on Globalization, she was a contributing author to Paradigm Wars: Indigenous Peoples’ Resistance to Economic Globalization.  She is a founding member of the Bay Area Rights of Nature Alliance, a wilderness lover, a dog blogger, and a good friend of Movement Rights.

Please keep in touch with Movement Rights by joining our list serve today.

Poisoning Paradise: A Community Fights Back